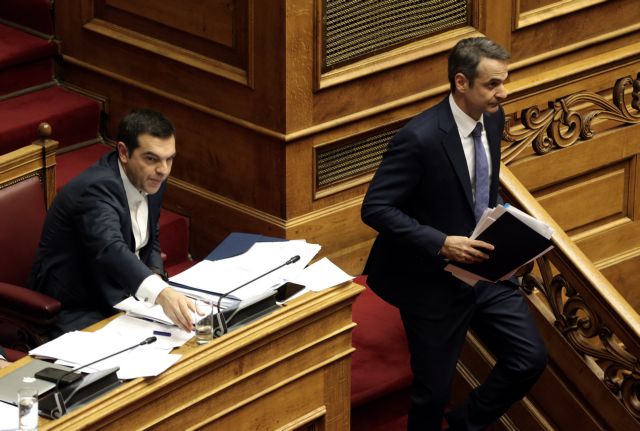 An opinion survey conducted by the Rass polling company for in.gr gives main opposition New Democracy a 9.8 percentage point lead over SYRIZA (31.4 percent versus 21.6 percent), and indicates there will be a five-party parliament.

The survey indicates broad dissatisfaction with the government in various policy areas. It was conducted with telephone calls to 1,004 households between 21 and 24 January.

Asked if they approve of the government “with all that you know and your experience with SYRIZA”, 71.4 percent said they were very or rather dissatisfied, while only 18.6 percent replied that they were very or rather satisfied.
In a leading question, those surveyed were told, “New Democracy maintains that ‘citizens need security, prosperity and stability – do you think it can ensure all that?’”

Two-thirds of respondents (66.2 percent) said that New Democracy cannot ensure these goals while 31.8 percent said it can or probably can.

Asked if New Democracy will govern better or worse than SYRIZA 30.6 percent said it would do worse or probably worse, but 47.4 percent ND would do better or probably better.

The trouncing of small parties

When asked the question do you agree or disagree that ‘the polaristion and divisions that the parties are cultivating aggravate problems and a political understanding is necessary in order to improve the country’s situation’, a huge 89 percent said they agree or probably agree, while only 9.7 percent disagreed.

What will determine electoral result?

An amazing 95.6 percent said that the party they will vote for must have voted down the Prespa Agreement.