Apostolakis underlined that the military has contributed [to security] with active military diplomacy regarding the key role that Greece has assumed “in promoting defence synergies and initiatives for security in the Eastern Mediterranean and the Balkans, 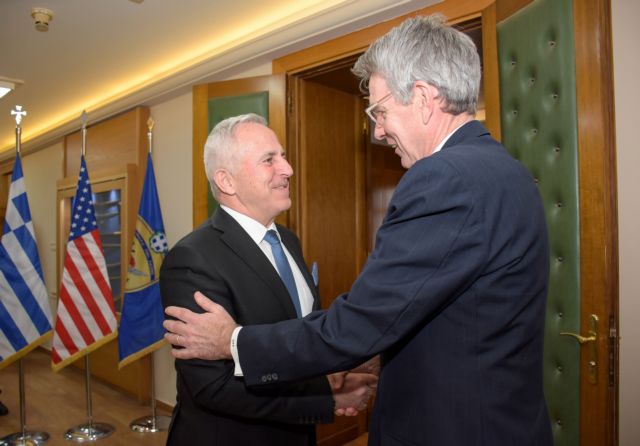 Defence Minister Evangelos Apostolakis, an admiral and former chairman of the Joint Chiefs of Staff, underlined the strong deterrence capabilities of the Greek Armed Forces while on a visit to the island of Chios.

Apostolakis warned that Greece and the region are at a critical geopolitical juncture that requires constant, heightened vigilance.

“We are in the midst of an unstable regional environment with fragile balances in our proximate geopolitical area. Nevertheless, I take this opportunity to assure you that the country’s armed forces are here. They are strong, they are trustworthy, and they are ready to carry out their mission fully and to defend the national territorial integrity of our country,” Apostolakis declared.

“The members of the Armed Forces will give their best selves to keep high the flag of deterrence, of power, and of pride in order to defend the security and peace in our country’s area of responsibility,” he added.

A soldier with no political motives

Apostolakis, who left the country’s top military post when PM Alexis Tsipras tapped him to replace Panos Kammenos, who resigned, said that his aim is to remain a “soldier” who fulfils his duty to the country and keep away from political motivations.

“After the honour of been tapped by the prime minister, I agreed to assume the political responsibility of leading the armed forces, because as a soldier I have learned to serve my country and not avoid duty, as heavy and difficult as it may be. As I have all these years, I shall remain far from political motivations.”

These hours are critical and they mandate unity and a national understanding,” the defence minister declared.

Apostolakis underlined that the military has contributed [to security] with active military diplomacy regarding the key role that Greece has assumed “in promoting defence synergies and initiatives for security in the Eastern Mediterranean and the Balkans, and apparent reference to enhanced military cooperation with the US, Israel, Cyprus, and Egypt.