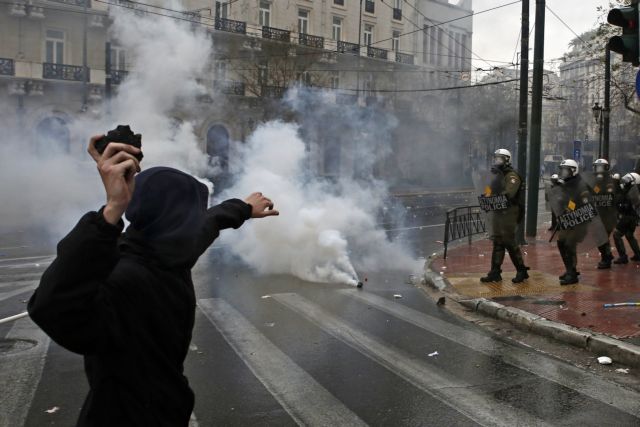 Seven of the dozens of individuals who participated in the violent incidents at yesterday’s large rally against the Greece-FYROM Prespa Agreement have been arrested and face felony and misdemeanour charges.

An Athens prosecutor has charged them with two felony counts and six misdemeanours.
The charges are as follows:

All of those charged have denied that they participated in the mayhem at the doorstep of Parliament. They claim they were arrested much later and at a great distance from the violent incidents, as they attempted to leave the demonstration to escape the cloud of teargas with which riot police broke up the protest.

The six men and one woman charged will be interrogated by an investigating magistrate.