Merkel conceded that tax cuts are in order but opposed these and any benefits being decided at the expense of the very high (3.5 percent of GDP) primary surplus target 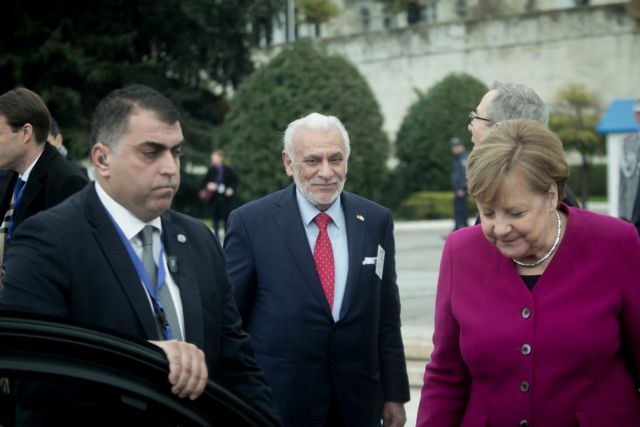 Underlining Berlin’s interest in Greece’s economic recovery, German Chancellor while in Athens on 11 January held a no-holds-barred dialogue with prominent Greek entrepreneurs and corporate executives at a luncheon organised by the German Ambassador to Athens, Jens Ploetner.

Participants who spoke on background described the Chancellor as friendly, direct, and simple in her manner and said she exhibited a deep knowledge of Greek affairs.

The discussion touched on a variety of areas on which Merkel expressed her views:

Taxation: Merkel conceded that tax cuts are in order but opposed these and any benefits being decided at the expense of the very high (3.5 percent of GDP) primary surplus target to which Greece has agreed with creditors and partners, as that would undermine trust in the country, which remains “sensitive” or fragile, as she noted.

Public Administration: Merkel said that there has not been sufficient progress, despite the fact that more generally there has been progress on the reform front.

Investment: Merkel stressed that Greece needs substantial investments in terms of both the number and size.

European Union Defence: The German Chancellor expressed support for the EU’s Common Security and Defence Policy (CSDP). She stressed that Europe must not slide into populist policies and that it must deal successfully with the US-China trade war.

Greek Banks: Merkel said that Greek banks still have “issues”. She said one sees that there are efforts being made and she specifically cited Eurobank’s effort to bolster its private character and clean up its books (as regards non-performing loans).