Editorial: A year of change

The government, determined by its dogmas and ideological fixations, was unable to exploit the previous, smoother economic period internationally, with zero interest rates and an expansion of investment. 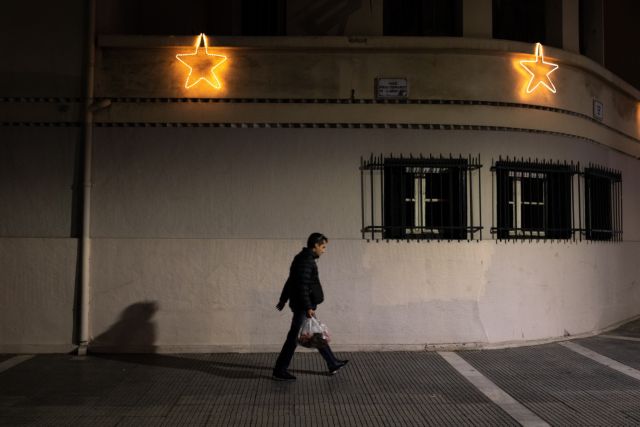 The year that passed began hopefully, full of expectations and promises of a definitive exit from the great economic crisis that has bedeviled the country for the last decade.

At the end of 2018 and the dawn of 2019 we are still confronted by the same wounds and burdens.

Despite the countless sacrifices of the Greek people, Greece was not relieved of the consequences of bankruptcy, nor did it achieve the desired leaps in growth and progress that would give people a breather.

Unfortunately, many uncertainties and doubts remain. By all appearances, these will be aggravated due to international instability, complications in the emerging trade war, and the prevailing turbulence in international markets.

The government, determined by its dogmas and ideological fixations, was unable to exploit the previous, smoother economic period internationally, with zero interest rates and an expansion of investment.

With global growth receding, interest rates rising, and a multiplication of the dangers of entering an era of international economic recession, Greece is still up in the air, without direct contact with the markets, and without an ensured path in the final analysis.

In 2019, Greece will battle the waves in inhospitable seas, and Greeks will again find themselves labouring under the sword of Damocles – high primary surpluses combined with very high taxes.

Greek banks will need more time and greater forces to wrench themselves out of the Non-Performing Loans (NPLs) crisis, and once again in 2019 they will not be prepared to successfully fund the private sector of the economy.

Consequently, any progress and economic growth will remain anaemic and precarious, not permitting the mobilisation of investment capital or the accompanying optimism about the immediate future.

The electoral cycle may well prove corrosive as regards any effort.

In any event, 2019 is a year of elections – national, local, regional, and European Parliament. These multiple polls and the struggle for power determine almost everything, and all political forces are lining up analogously.

The government is spending, promising, distributing, and attempting to placate voters, and of course it is erecting walls of division and intensifying the political clash so as to limit the damage and husband most of its forces.

The opposition is also at times carried away by the intensity of the battle into sterile and damaging fights.
Political tensions and passions are abundant, allowing the activation of conspirators and of enemies of democracy.

The two recent terrorist strikes arre indicative of the extreme conditions that are developing.

If these currents continue, there is a great danger of a new fiscal derailment. The threat of slipping into a new crisis is even greater.

Nonetheless, even in such conditions, multiple elections will open a window of hope.

If citizens judge and adequately assess the government’s record and the facts of the crisis, and are thereby led to trustworthy choices, an otherwise uncertain 2019 can prove to be a year of great change and of the reconstruction of a destroyed country.