FYROM President calls for boycott of referendum on Greece-FYROM accord

The aim of Ivanov and the opposition is to delegitimise the referendum by ensuring a very low turnout. 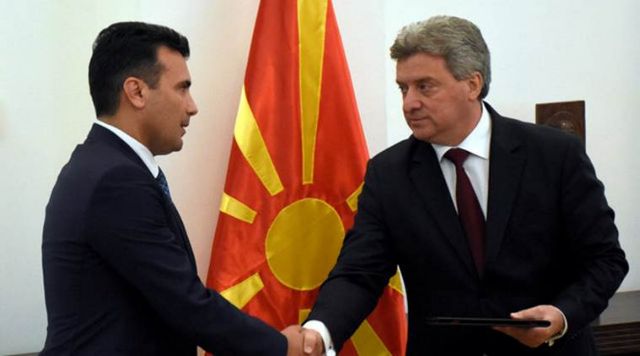 FYROM’s President Gjorge Ivanov used his address to the 73rd UN General Assembly to call upon his compatriots to abstain from the 30 September referendum on the Greece-FYROM naming accord, known as the Prespa Agreement.
Ivanov said that he will not vote in the referendum, even though he is the head of state.

He described the agreement, which is the precondition for FYROM to join Nato and commence accession talks with the EU, as an “historic suicide”.

“As a citizen, I have taken my decision. On 30 September, I will not go to vote,” Ivanov declared. “I am certain that you, our fellow citizens, will also make the prudent decision.”

The aim of Ivanov and the opposition is to delegitimise the referendum by ensuring a very low turnout.

Prime Minister Zoran Zaev will proceed with implementation of the agreement even if the ‘Yes’ vote is approved by 50 percentof the electorate plus one vote.

The referendum is consultative and not binding, and the question links approval to EU and Nato membership.

The FYROM President has done all in power to torpedo the ageeement, including vetoing it when it was ratified by the parliament and sending it back to the legislature for reconsideration. The opposition boycotted the vote.