Pensions, FYROM accord will determine timing of general election

If creditors insist on implementation of the pension cuts, the government will be in an extremely tough spot, due to the huge outcry from retirees 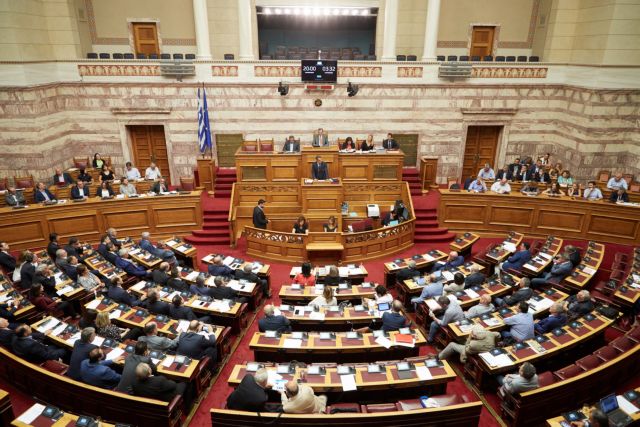 The formal exit from the third and last bailout memorandum (though not from enhanced fiscal surveillance) was the minimum political precondition set by Prime Minister Alexis Tsipras for calling the next general election.

For the PM and top SYRIZA cadres, any other choice would be tantamount to a heroic exit, without the opportunity to argue that they achieved what the “old parties” had not.

Now that it is clear that the country has entered a protracted electoral period, the government must weigh the pros and cons of the various choices at its disposal.

Clearly, if it could, the government would complete its four-year term, so as to present the narrative of the end of bailout memorandums, to exploit the positive impact on the electorate on the benefits that it has pledged, to capitalise electorally on the return to “normalcy” and “growth”, and to launch a discussion on institutional reform, mainly through the process of a constitutional revision.

The first critical challenge that confronts the government is the push to revoke legislated pension cuts. It is socially one of the most painful measures passed by the Tipras government, which is fully aware of the enormous political cost. That is why it is struggling with creditors to cancel the measure.

The government’s main argument is the fact that it has exceeded primary surplus targets, and that this provides the fiscal space to cancel the measure. It is also arguing that it is not a structural reform.

Creditors are reluctant to accept such a deviation from measures that both sides have agreed to, especially because it concerns the insurance system and its viability in the medium term, but their signals have been mixed.

If the government’s request is honoured, the prospect of early elections in the winter can be fairly safely ruled out, and the government can focus on the strategy for a protracted electoral campaign.

If creditors insist on implementation of the measure, the government will be in an extremely tough spot, due to the huge outcry from retirees, whose pensions have been repeatedly cut by previous governments.

That scenario renders early elections much more likely, probably in December or January, as it would permit the government to stage a heroic exit, and allow it to blame creditors for a measure that it has already passed into law.

Second crash test: Ratification of the FYROM accord
If the government manages to transcend the obstacle of pension cuts, the next critical juncture will be the ratification of the Greece-FYROM naming accord by the Greek Parliament – the last, necessary step before the agreement can take effect. Indications are that the “Yes” vote will prevail in FYROM’s referendum, and that will be followed by the revision of the FYROM Constitution, as provided in the agreement, in an environment of intense international pressure.

If the above steps are completed, the agreement is expected to be tabled in the Greek Parliament for ratification in the beginning of 2019.

Here, the first question is whether the government will have the votes to garner the requisite simple majority, given the declaration of the Independent Greeks and of New Democracy that they will vote down the agreement, and the reluctance of other opposition parties to support the accord.

The government is counting on the “transfer” and votes of individual MPs, such as former New Democracy MP Katerina Papakosta, who is now serving as deputy public order minister, renegade Independent Greeks MP Thanasis Papachristopoulos, and the MPs of the Potami party, which supports the agreement and has six MPs.

If the agreement is not passed, it will be difficult for the government not to resign and proclaim early elections.

If the those Independent Greeks who follow the party line withdraw their trust in the government, as party leader and Defence Minister Panos Kammenos has threatened, there is a prospect of early elections, even if the Greece-FYROM accord is passed with the support of MPs from opposition parties.

Naturally, if Independent Greeks ministers withdraw from the government but do not withdraw their trust in the government, presumably with a no-confidence motion, then the government will continue and hold elections either in May, along with local and European Parliament elections, or in October, 2019, when its term ends.

For Kammenos, maintaining parliamentary trust in the government after ratification of the Greece-FYROM accord will be a severe electoral blow, as his base will accuse him of having “betrayed Macedonia”.

The government will have to fashion a new parliamentary majority if the Independent Greeks have withdrawn their trust, and it will attempt to avail itself of the slim majority that will pass the Greece-FYROM accord in order to seek a vote of confidence in parliament.

That new parliamentary majority, however, is by no means a given.