Mitsotakis visits Mati, pledges to make sure responsibilities are attributed

Mitsotakis spoke with residents of Mati and Neo Voutza and committed himself to making sure that responsibility is attributed where it belongs. 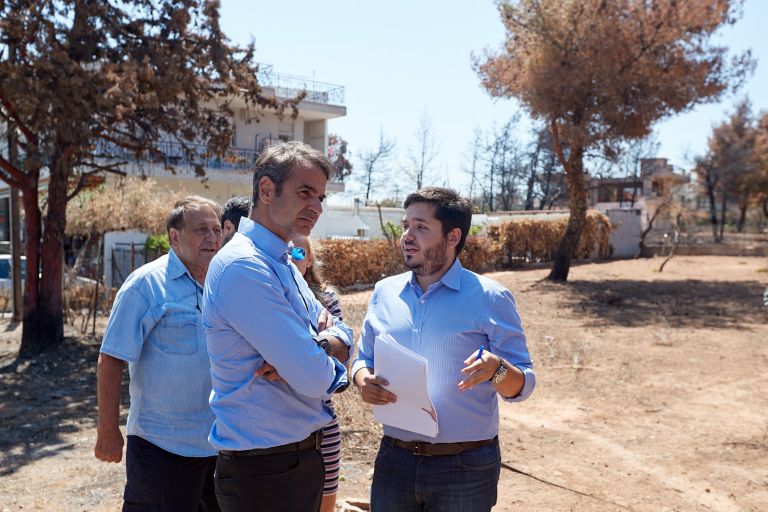 Mitsotakis spoke with residents and local officials, who outlined the problems they continue to face in their daily lives.

He also spoke to volunteers who were on duty during the huge wildfire.
Mitsotakis stressed that he commits himself to making sure that responsibility is attributed where it belongs.
“I have great trust in the judiciary. It will do its job. In a democracy, there is responsibility and accountability. Certain people are to blame for the fact that 96 people lost their lives and that hundreds if not thousands of people lost their property,” Mitsotakis said.
Ολο το ενεργειακό σχέδιο για «καθαρά» νησιά και τουριστικό lifting – Ποια ωφελούνται

On 21 August, Mitsotakis had met with the organising committee of residents of Mati and Neo Voutza, which was also hit by the fire.

The residents informed him analytically about the magnitude of the damage and the difficulties they continued to face.

The ND leader offered assurances that he will do anything in his power to expedite the relief measures that have already been announced and to support the fire-stricken.

Mitsotakis had also visited Mati three days after the tragedy, on July 26, but had barred cameras during the visit.