The documents also reveal that officers participating in the operation could not communicate with the operational centre of Greek Police in order to receive orders, because wireless communications devices were not operating. 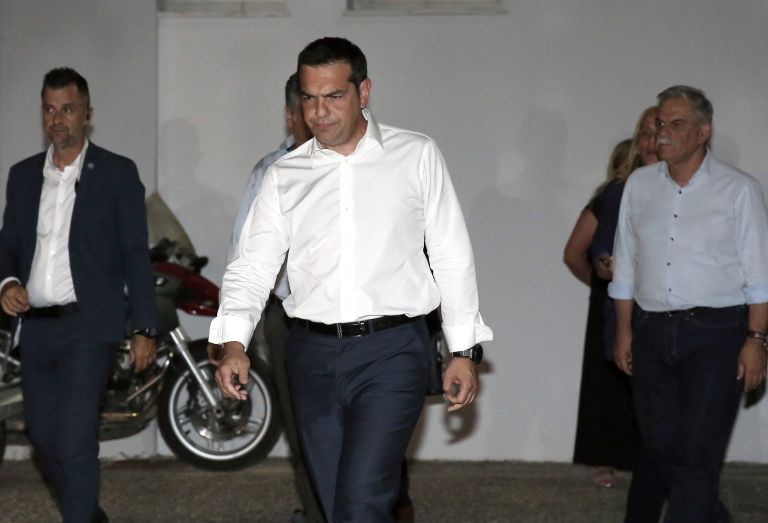 Share
When Prime Minister Alexis Tsipras on the night of the deadly wildfire appeared on television in a conference with top brass, he said nothing about the fact that victims had died. However, already at 11:10 PM, half an hour before that conference, police on Panos Street in Mati had found the charred bodies of six dead people – four adults and two children.

To Vima on Sunday revealed hitherto unknown written reports by Greek Police about the tragedy in the broader region of Rafina. The documents reveal indisputably that government members had been briefed earlier about the magnitude of the tragedy.

The documents also reveal that officers participating in the operation could not communicate with the operational centre of Greek Police in order to receive orders, because wireless communications devices were not operating.

In two cases, a police patrol car and a police van – the first on Panos Street and the other in Neo Voutza – which were carrying fire victims, were trapped in the flame and escaped at the last moment.

The accounts of policemen indicate that, when the fire was approaching Marathonos Avenue, they were frantically ringing the doorbells of residents in order to evacuate them, while they directed traffic on Marathonos Avenue in the opposite direction.

The documents also indicate that a high-level Greek Police officer was using the megaphone from his patrol car in an ill-fated effort to evacuate the area.
One of the policemen describes the dramatic moments of an effort to save citizens in the area of Neos Voutzas. The report reveals that already at 7:30pm police had found heavily wounded people with severe burns all over their bodies.