The government of FYROM appears to be dragging its feet on sealing a settlement with Greece, in a possible bid to seek concessions from Athens, and is setting the EU summit later this month as a target deadline. 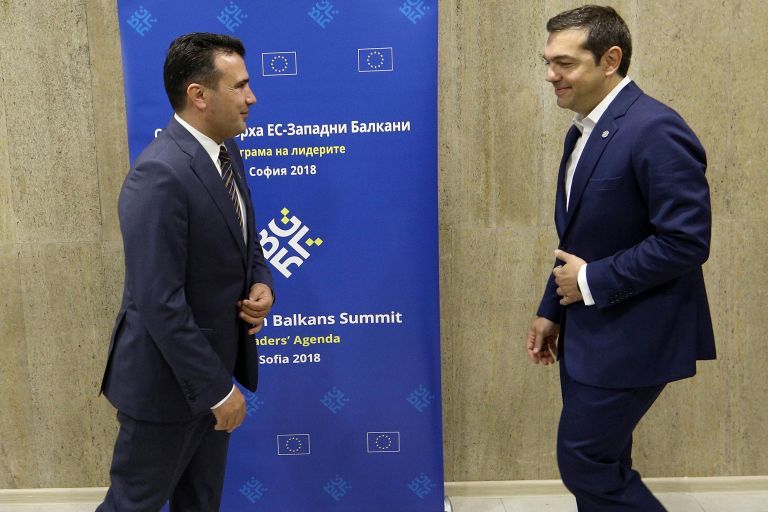 Share
The government of FYROM appears to be dragging its feet on sealing a settlement with Greece, as it appears to be playing for time in a possible bid to seek concessions from Athens and is setting the EU summit later this month as a target deadline.
FYROM’s foreign ministry issued the following statement:

At this exceptionally delicate moment in the process of overcoming the name difference between the Republic of Macedonia and Greece, the Ministry of Foreign Affairs considers it necessary that the domestic and international public is informed of the following:

“Good will has been demonstrated and significant results have been achieved in the course of the talks. At this juncture, as in any process of this character, it is necessary that the working groups transpose said good will into a text of an agreement, which will most appropriately reflect the substantive parameters, featuring the political understanding reached between the two sides. With that goal in mind, the Republic of Macedonia works hard in order that this is achieved as promptly as possible and prior to the meeting of the European Council. In this context, the Republic of Macedonia underscores that issues of such importance do not benefit from any hasty activities. The quality of the text of the agreement and the need to reach a lasting and sustainable solution acceptable to both sides by far outweigh the necessity of meeting any deadlines for the finalization of the process.”

The language of the statement suggests that Zaev will not be calling PM Alexis Tsipras today, as was widely expected, and that he may be seeking further concessions in the text of the accord, possibly on domestic use of the new name, which is based on an agreement in principle between the two countries’ foreign ministers, Nikos Kotzias and Nikola Dimitrov.

Zaev’s foot dragging has caused consternation in Athens, as underlined by a Greek government official speaking on background.

“We have a good agreement on the table, which as FYROM’s prime minister said must be concluded very soon. Unfortunately, some people insist on playing games,” the official said.

Following the foreign ministry statement, Zaev said that he is not yet prepared to say what day he is planning to call his Greek counterpart.

“I would like to have a telephone contact with the Greek prime minister tomorrow. I may call Athens and I hope it will happen very soon.” he said yesterday. “I will not comment on the foreign ministry statement that we are very close, but it is very important to have a viable, long-term solution that is 100 percent secure for future generations, he said.

“As you can see, I remain optimistic although it is not easy,” he said, noting the crucial deadline is the EU summit on 28-29 June.