In an interview with the Financial Times, Tsakalotos essentially conceded that Greece will be subjected to closer supervision than other countries that had been subjected to bailout memorandums 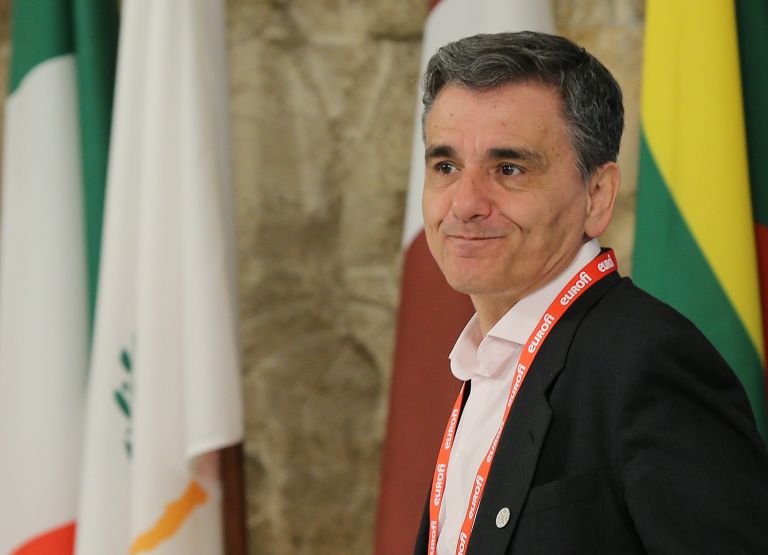 European Commission President Jean-Claude Juncker’s visit to Athens yesterday signaled the need to swiftly complete the last bailout evaluation, to agree on reforms and on a strict post-bailout monitoring scheme, and to strike a debt relief deal, all of which were on the agenda for today’s Eurogroup in Sofia, Bulgaria.

Although PM Alexis Tsipras insists that Greece will have a “clean exit” from the bailout – he repeated it just yesterday with Juncker – Finance Minister Euclid Tsakalotos at the same time made clear that post-bailout supervision will be frequent and exhaustive.

In an interview with the Financial Times, Tsakalotos essentially conceded that Greece will be subjected to closer supervision than other countries that had been subjected to memorandums – Portugal, Ireland, and Cyprus – and that there will likely be quarterly post-bailout reviews by creditors.

A ministry official hastened to suggest that there was nothing in Tsakalotos interview that he had not said before.

“Very many times, the minister has said publicly that there will be no precautionary credit line, a fact that determines a clean exit. He has also said many times that there will be post-programme supervision, such as that which Portugal, Ireland, and Cyprus had and continue to have, ‘plus something more’. That something more may be an extra visit in every six-month period,” the source said.

Representatives of the creditors are expected in Athens in the second week of May, to complete the fiscal review for 2018 and to make sure all 88 preconditions are met in order to reach a technical, staff-level agreement.
The technical agreement is expected to be approved at a 24 May Eurogroup meeting.