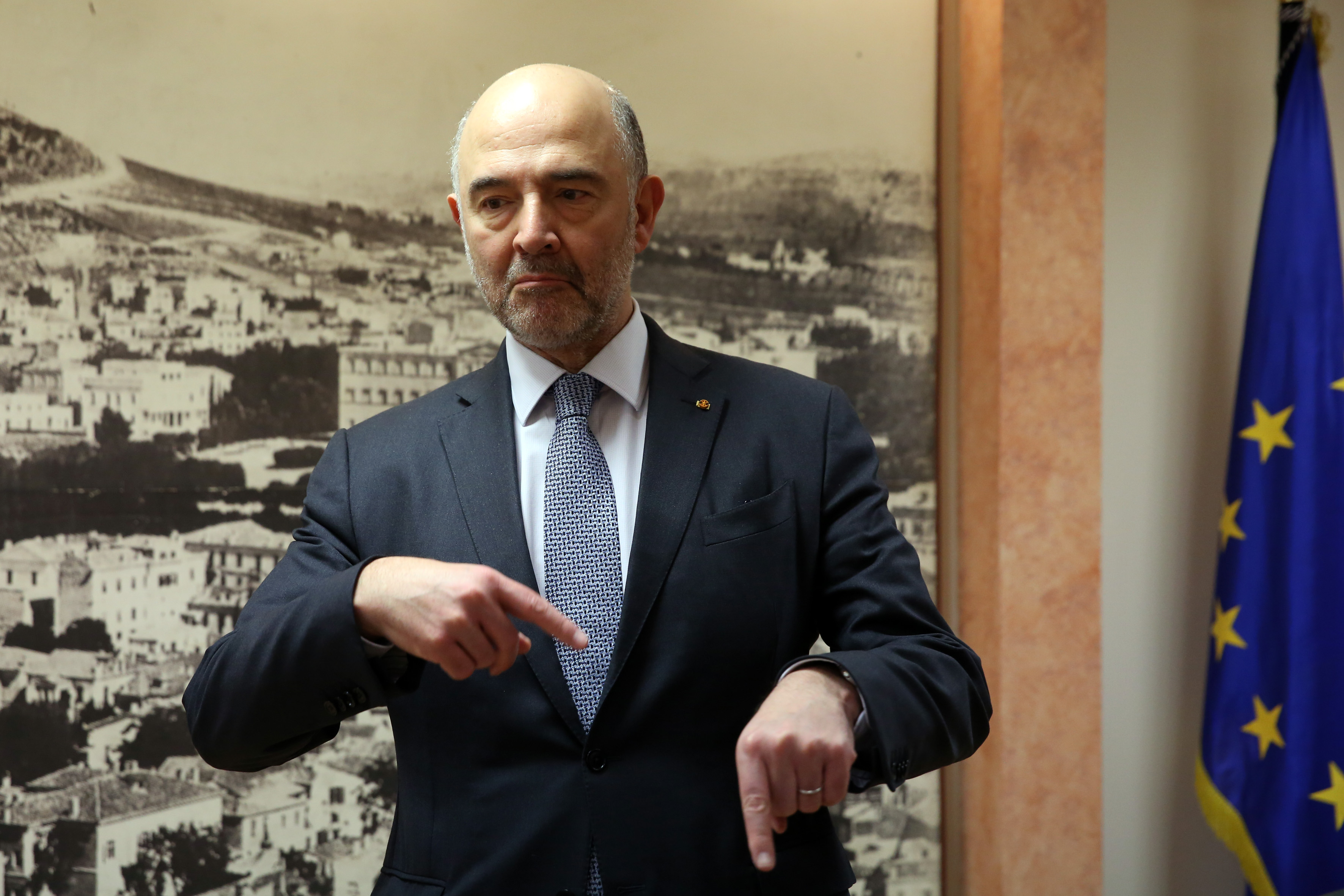 Economic and Financial Affairs Commissioner Pierre Moscovici said that Greece will bid adieu to its bailout memorandums later this year and he extolled his cooperation with Prime Minister Alexis Tsipras and Finance Minister Euclid Tsakalotos.

“I have worked very well with Alexis Tsipras and Euclid Tsakalotos these past years. The open lines of communication have been crucial in helping to move the process forward, whenever we have hit one of the many obstacles that were scattered along the path. And we have always succeeded in overcoming those obstacles, together. We all know how hard the past years have been for Greek people. They have made tremendous sacrifices, which are now paying off,” Moscovici told the European Progressive Forum’s Dimitris Rapidis in an interview.

Moscovici underlined that Greece is in the home stretch after eight grueling years of economic depression.

“The swift and successful conclusion of the third review bodes well for the next steps. There is just one, final review left to complete before the programme concludes in the summer. I trust that it will go equally smoothly, provided the good constructive spirit that has defined the cooperation over recent months is maintained by all partners,” he said.

Moscovici indicated that EU supervision of Greece’s finances after the current programme will be similar to that for other EU countries, but will also include a special post-programme surveillance.

“What I want is that after the programme, Greece will become, in economic terms, a normal European country once again. Greece’s economic policies will be monitored through the coordination process we call the European Semester. Because many of the programme commitments will continue to be implemented long after the programme ends, there will also need to be an appropriate type of post-programme surveillance in place. But let’s be clear: there will be no more “memoranda” – and, provided responsible fiscal policies are pursued in the future, there will be no more need for austerity,” Moscovici said.