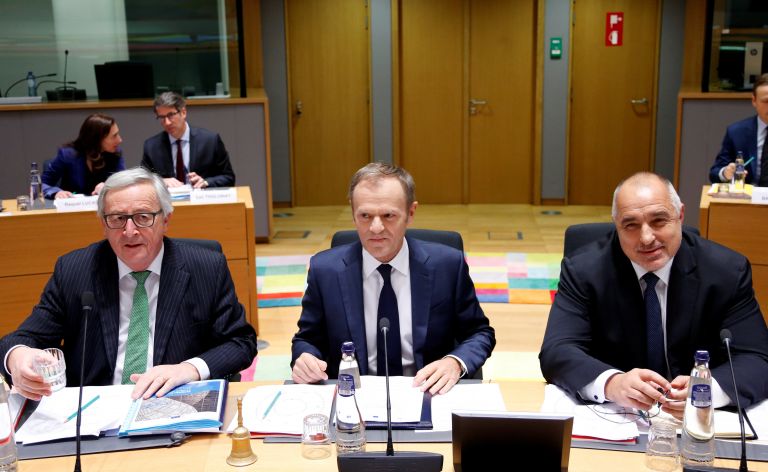 European leaders attending today’s Brussels summit are expected to strongly condemn Turkey’s illegal actions in the eastern Mediterranean and the Aegean and to express full solidarity for member-states Cyprus and Greece, according to a draft of the summit’s conclusions obtained by Bloomberg.

“Reminding the conclusions of October, 2014, and the Statement of 21 September, 2005, the European Council urgently calls on Turkey to stop these actions and respects the sovereign right of Cyprus, as regards the exploration and exploitation of its natural resources,” the draft text, dated 21 March, 2018.

“The European Council expressed serious concern about the renewed tensions in the Eastern Mediterranean and urged Turkey to show restraint and to respect Cyprus’ sovereignty over its territorial sea and Cyprus’ sovereign rights in its exclusive economic zone,” the 24 October, 2014 EU summit conclusions stated.

The 2005 statement called on Turkey to recognise Cyprus.

“The European Community and its Member States recall that the Republic of Cyprus became a Member State of the European Union on 1st May 2004. They underline that they recognise only the Republic of Cyprus as a subject of international law. Recognition of all Member States is a necessary component of the accession process. Accordingly, the EU underlines the importance it attaches to the normalisation of relations between Turkey and all EU Member States, as soon as possible. The Council will ensure a follow-up on the progress made on all these issue,” the statement stressed.

Today’s draft conclusions also remind Turkey of its obligations, as an EU candidate-country, to respect international law, to maintain good neighbourly relations, and to normalise relations with all EU member-states.

Turkey still does not recognise member-state Cyprus, nearly 40 percent of the territory of which Ankara has occupied since its 1974 evasion.