The other face of Greece

The software of this company, which led to the adoption of a new method of diagnosis of brain diseases, such as multiple sclerosis and Alzheimer’s disease, was approved by the competent European authorities and can be used at hospitals and diagnostic clinics throughout Europe. . 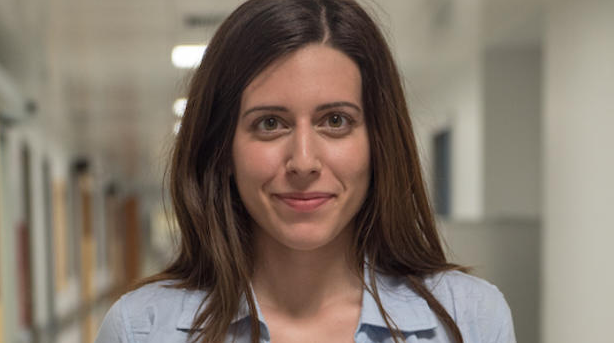 It is a youthful face, clean, unblemished, at once modest and almost humble, free from the usual audacity of youth.
Her speech is clear, unadorned, with meaning, and full of knowledge and self-confidence.

This is the impression one gets from Zoi Giavri, a young scientist with a degree in electrical engineering from the Athens Polytechnic, who in 2015 founded in Athens the firm Advantis Medical Imaging, a modern company in the field of neurosciences. Because of this she is a candidate for the 2018 European award for innovative women over age 30.

She was chosen from a pool of 122 candidates from all over Europe to be one of 12 finalists for the general prize, and among three women who will compete for the Women Rising Innovator Award.

Ms. Giavri, upon receiving her degree from the Athens Polytechnic, proceeded with graduate studies in neurobiology, and then, relying on cloud computing, created a pioneering software programme for processing brain MR Imaging.

These are innovative software solutions in the field of medical imaging, which led to the adoption of a new method of diagnosis of brain diseases, such as multiple sclerosis, Alzheimer’s disease, and others.

The pioneering work of the start-up founded by Ms. Giavri, and her colleagues Pericles Ziogas and Dimitris Rozakis, was featured in the MIT Technology Review as among the 35 most innovative actions by youth up to the age of 35.

Beyond the academic distinctions, the software of this Greek start-up company was approved by the competent European health organisation and can be used at hospitals and diagnostic clinics throughout Europe.

Watching her pursue her project, one senses the difference, the depth of the effort and the knowledge, the quality, and a different ethos.

Asked about the difficulties she faced, she noted the absence of a framework for innovative activity, and the distrust of youth that prevails in Greece, which made her have to outline twice or thrice the object of her effort to older people in competent positions.

Ms. Giavri is laudable, and her project is doubly hopeful, because she is young and managed to flower in an environment that was suspicious and counter-productive, if not outright hostile.

She represents the other face of Greece, which needs no guns or political friends to progress and gain distinction.

Sooner or later that other face of Greece will prevail over the refuse of today’s politics and economy. We can be optimistic.