When Onassis was alive, the billionaire’s private island hosted the crème de la crème of the social register. Now, the government has approved a plan to create 20-22 villas that could again make it a magnet for the jet set. 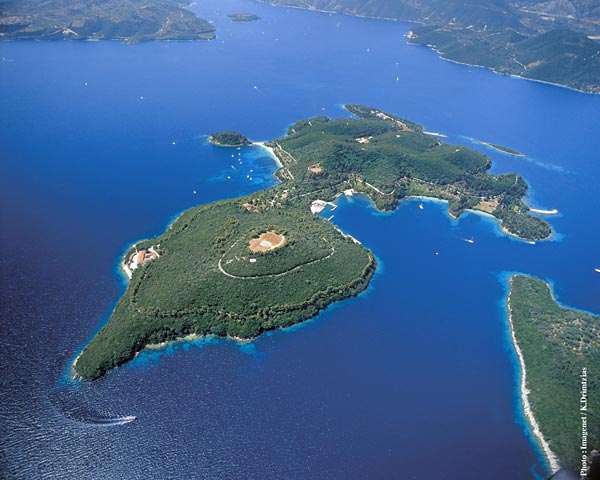 When Onassis was alive, the billionaire’s private island, with its gorgeous beaches and lush forests, hosted the crème de la crème of the international jet set. And of course it was the site of Onassis’ wedding to Jackie Kennedy.

Rybolovlev plans to build 20-22 luxury villas with an area of 500-1200 sq.m. each, a spa, a training centre, and restaurants, all of which he hopes will again make Skorpios a magnet for the rich and powerful.

Of the total 20,000 sq.metres maximum construction space that Rybolovlev is allowed based on building code terms, he is expected to add 1,600 sq.m. to the 4,000sq.m. in constructed spaces already on the island.

The government’s Inter-Ministerial Committee on Strategic Investments, chaired by Economy Minister Dimitris Papadimitriou, yesterday approved a 120 million euro plan for moderate tourist development of the island, with tourism infrastructure and a VIP Club that will attract and host “high-level” guests.

The construction projects will be undertaken by Rybolovlev’s Mykinai S.A. company.

The strategic investment committee also approved a project submitted by the Vodafone cell phone operator, which will create a Next Generation Access (NGA) fiber-optic broadband network in 25 urban centres nationwide. The project budget is 61.4 million euros.

“The investment climate in Greece has changed, and that is now reflected by new business initiatives daily. Both strategic investors and medium-to-small-size businesses are confirming their trust in the Greek economy,” Papadimitriou said after yesterday’s committee meeting.

“Certainly, much more hard work is needed in order to achieve just development. However, attracting foreign and domestic investment, which translate into real works and not mere models, and the immediate creation of jobs, is at the top of the ministry’s agenda. That is the most encouraging message for everyone,” Papadimitriou said.