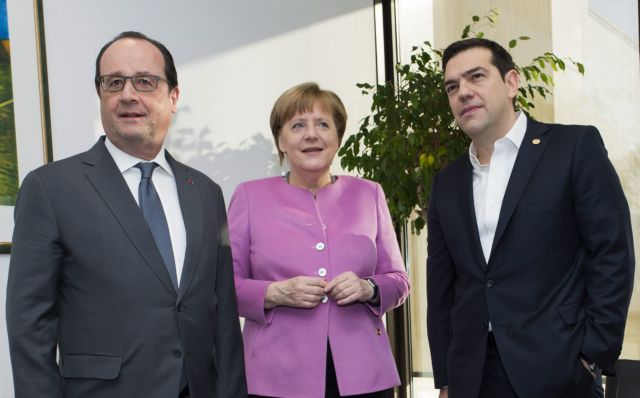 The Prime Minister Alexis Tsipras will be traveling to Brussels for the upcoming European summit meeting and has arranged a series of meetings with Francois Hollande and Martin Schulz on Thursday. On Friday the PM will travel to Berlin, were he will meet Angela Merkel and Sigmar Gabriel.

According to a report in Ta Nea, the Prime Minister will aim to convince the other European leaders on the benefit of completing the second bailout review as soon as possible, while eschewing the IMF’s call for additional measures after 2018. The Greek PM will argue that Greece is on the frontline of the refugee crisis and therefore needs support.

Government sources have noted that the upcoming negotiations will be rather difficult. The government, they added, will refuse to adopt additional measures for 2019 and 2020 since the current program that is being adhered to contains no such provisions.