Greece hopefull of reaching “95%” of an agreement at Eurogroup

The critical Eurogroup meeting is scheduled for Monday, where the progress of the… 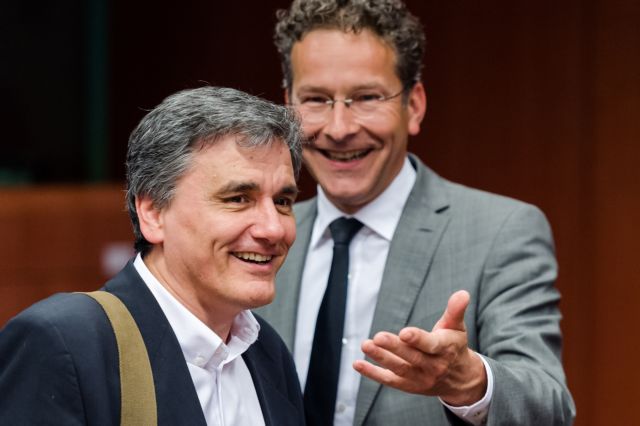 The critical Eurogroup meeting is scheduled for Monday, where the progress of the second bailout program will be reviewed. Ahead of Monday’s meeting in Brussels, Athens and the representatives of the institutions have been in talks.

Sources indicate that efforts are being made to certify to the Eurogroup that there is a 95% staff level agreement. Major issues however still remain open, including labor and energy sector reforms as well as fiscal targets.

At teleconference was held on Saturday evening between the government’s finance staff, the Labor Minister and the institutions. Finance Minister Euclid Tsakalotos traveled to Brussels on Sunday, to represent Athens in the upcoming talks on debt relief.

The Greek Minister will argue at the Eurogroup that progress has been achieved and as such, talks on the debt and primary surplus targets may begin to reach a political agreement. Frances’ Finance Minister Michel Sapin estimated that a deal of short-term debt relief for Greece was possible.

In order to reach an agreement to close the second bailout review, the Greek government appears to be willing to make two concessions, according to a report in Ta Nea. Specifically, Athens may extend the automatic fiscal adjustment mechanism to 2019 and 2020 and temporarily accepting a 3.5% primary surplus target for those two years, with the aim of a downwards revision within the review framework of the mid-term program.