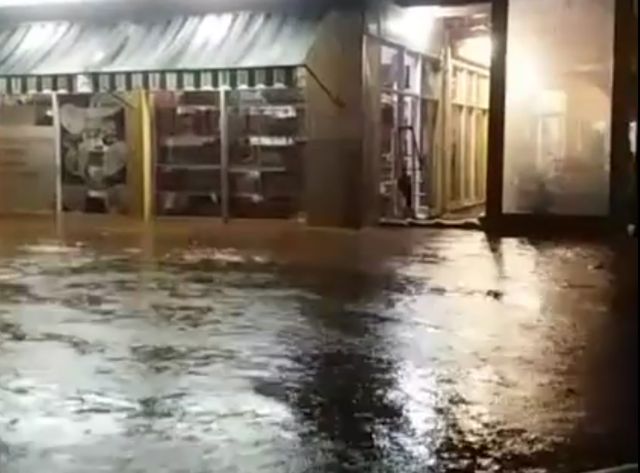 The Monday evening storms flooded many homes and shops and turned streets into rivers in Kalloni and Plomari, on the island of Lesvos. Local media reported that there was more than 200 mm of rainfall in the evening, which caused many rivers to overflow. As a result the schools in the area of Kalloni will remain closed on Tuesday.

Serious problems were also experienced in Plomari, where the Fire Brigade had to be called out to remove a car that was swept away by the Sedountas River. The Fire Brigade and municipal authorities are working hard to restore problems and have advised drivers not to move unnecessarily.