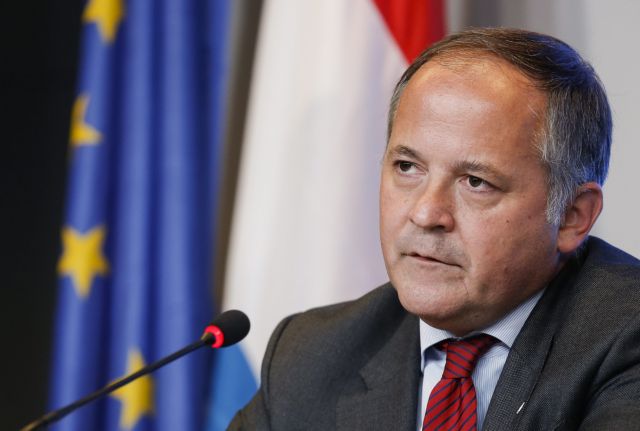 The European Central Bank’s Benoit Coeuré will be in Athens on Monday in order to discuss the second bailout review, debt relief and the induction of Greece in the ECB’s quantitative easing program.

The ECB officer will be received by the President of the Hellenic Republic Prokopis Pavlopoulos and the Prime Minister Alexis Tsipras. Mr. Coeuré will also deliver a speech at the Greek Economy Conference of the American-Hellenic Chamber of Commerce.

In the past the ECB officer has expressed his support for settling the Greek debt, underlining that the full implementation of the program must be accompanied by debt relief measures within the framework of the 25 May 2016 Eurogroup agreement.

In a more recent interview for the Efimerida ton Syntakton newspaper in Greece, Mr. Coeuré noted that a fourth bailout is out of the questions and stressed the importance of the third program being successful.

Regarding the second bailout program review, the ECB officer appeared more reserved regarding a quick agreement and estimated that the upcoming Eurogroup on 5 December will be a good opportunity to document progress and determine timetables for a successful completion. He is also in favor of the IMF participating in the Greek program as it add credibility to the program.

As for the inclusion of Greece in the QE program, Mr. Coeuré explained that the ECB’s executive board will carefully decide based on its review and assessments.