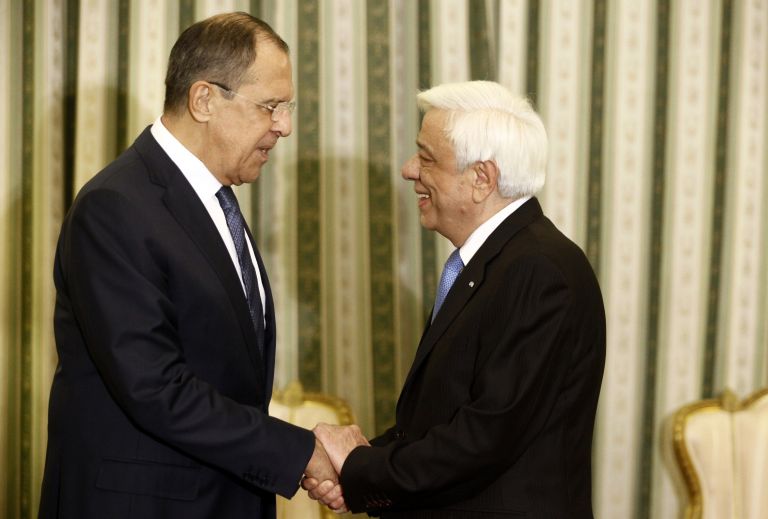 Russia’s Minister of Foreign Affairs Servey Lavrov is scheduled to meet with Prime Minister Alexis Tsipras on Wednesday morning in Athens and his Greek counterpart Nikos Kotzias later on in the afternoon, at the opening ceremony of the 4th Greek-Russian Social Forum. Earlier in the day, Mr. Lavrov was received by the President of the Hellenic Republic Prokopis Pavlopoulos.

The two Foreign Affairs Ministers will then head to the Byzantine and Christian Museum for the opening of the “The State Hermitage: Gateway to History” exhibition, followed by a scheduled one-on-one meeting at the foreign ministry in Athens.

Afterwards a ceremony has been announced for the official signature of the Greek and Russian foreign ministries’ consultations program for 2017-2019, followed by joint press statements. Later on in the afternoon, Lavrov will be awarded with an honorary doctorate at the University of Piraeus.