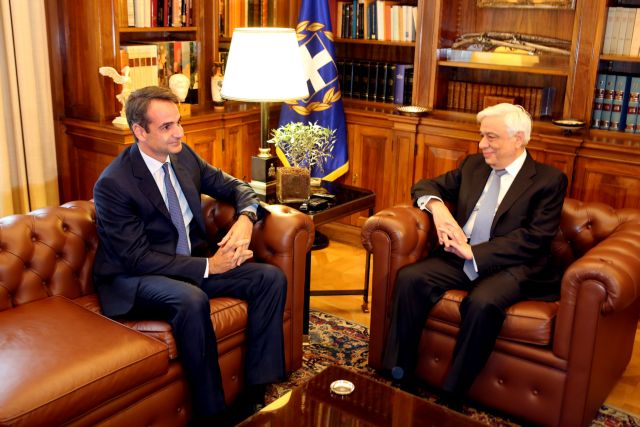 The President of New Democracy Kyriakos Mitsotakis met with the President of the Hellenic Republic Prokopis Pavlopoulos on Monday morning and repeated his call for early elections.

Mr. Mitsotakis claimed that the early elections are the only way for Greece to avoid a political decline and called for him to intervene in what he claimed to a conflict between the executive and judicial powers, in light of the recent debacle on the television licensing law.