Tension at the sanctification of Parliament on Monday morning 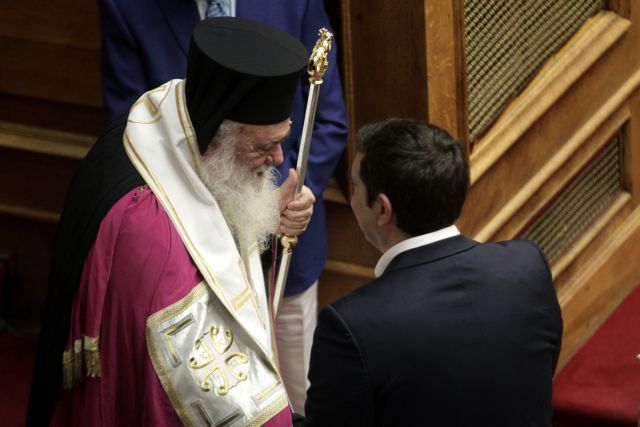 The sanctification of Parliament on Monday morning was carried out under significant tension, due to the recent public spat between the Minister of Education Nikos Filis and Archbishop Ieronymos.

After the ceremony concluded, the Archbishop wished “to you and us a lot of strength, wisdom and caution at what we say and do”. Although the Archbishop extended the wish to all MPs, it was clearly aimed at the government over the recent tension.

A report in Ta Nea suggests that the Church remains troubled over the Education Minister’s intention to reform the religious education course in schools.