PM Tsipras: “Greece may try to return to the markets in 2017”

The Prime Minister Alexis Tsipras gave an exclusive interview to Reuters, where he… 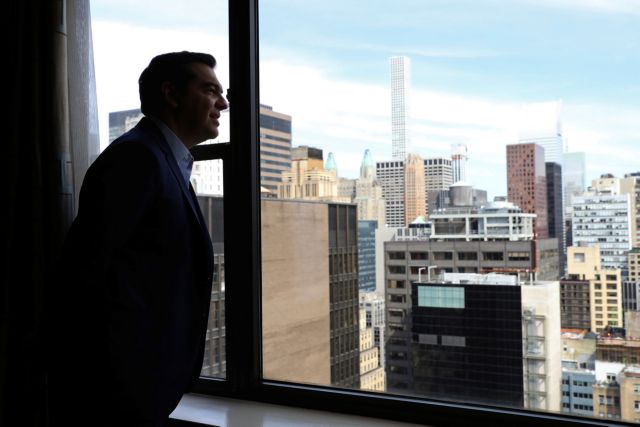 The Prime Minister Alexis Tsipras gave an exclusive interview to Reuters, where he expressed his optimism that the Greek economy will soon return to growth and may even make a partial return to the bond markets in 2017.

According to the PM, government revenues and tourist flows have been strong and that Greece could grow by 0.2% to 0.4% this year, well above Eurostat’s forecast for a 0.3% contraction. Asked about the possibility of achieving a 2.7% GDP growth rate next year, the PM responded that while Greece has so far secede predictions for 2016, a lot will depend on the messages sent to the financial markets and whether there is a return of foreign investment.

Later on the Prime Minister expressed his hope that Greece will soon be included in the ECB’s quantitative easing program, from which it has so far been excluded because of its low credit rating. Such a development, he argued, “will be a strong message we will be ready to prepare the procedure to issue bonds”.

Furthermore he noted that Greece’s ability to issue some bonds in 2017 and to make a “full return” to the markets in 2018, depends on debt relief, growth, and obtaining an ECB debt analysis showing whether it is sustainable and how Greece can live within its means. “One way or the other, there should really be a breakthrough by the end of the year” he noted.

Commenting on the second bailout program review, the Greek PM explained that it should conclude by the end of October, while pointing out that the first review covered the ‘toughest issues’ and expecting future review to be easier.