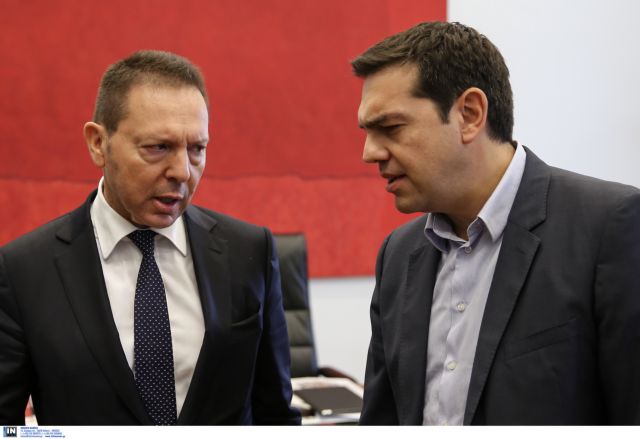 The family home of the Governor of the Bank of Greece Yannis Stournaras was raided on Thursday by the corruption prosecutors, in relation to the investigation into advertising spending by the Hellenic Center for Disease Control & Prevention (KEELPNO).

The raid took place as the wife of Mr. Stournaras, Stavroula Nikolopoulou is allegedly involved in the scandal. KEELPNO is being investigation over 2 million euros spent on advertising, despite being in the position to have the messages broadcast free of charge, as well as discrepancies in the relevant tender procedures. The prosecutors reportedly confiscated documents and electronic files from Mrs. Nikolopoulou’s office.

During the raid Mr. Stournaras contacted the Prime Minister Alexis Tsipras, who commented that the investigation does not concern the government and that it is a matter for the judiciary to look into. The central banker assured the Prime Minister that he has nothing to fear.

Additionally To Vima has been informed that Mr. Stournaras was in contact with European Central Bank Mario Draghi, who offered to issue a statement of support from the ECB. The Greek official reportedly declined, explaining that he will handle the matter himself.

In a statement issued by Mindwork Business Solutions, which is under investigation and owned by Mrs. Nikolopoulou, the firm alleges that there was no reason for the raid and that real aim was to target the Governor of the Bank of Greece.