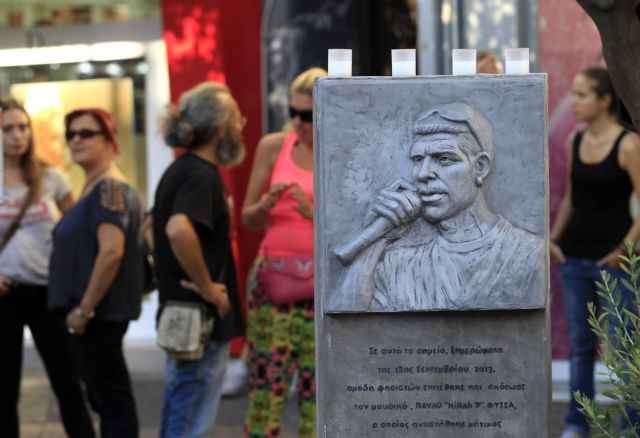 A series of demonstrations have been planned by anti-fascist groups over the weekend to commemorate the third anniversary of the murder of activist and rapper Pavlos Fyssas.

On Saturday a demonstration has been planned for 6pm at the site where Fyssas was murdered in Amfiali, while another protest will take place at 5pm on Sunday by the Agios Panteleimonas Square in Athens.

The ‘Rouvikonas’ anarchist group issued a statement warning that it will defend the anti-fascist demonstrations and called local residents to rise up against the fascist threat.

The group also stressed that the offices of the far-right Popular Greek Patriotic Union (“LEPEN”), which are being inaugurated on Sunday near the Agios Panteleimonas Square will leave the neighborhood “by all means”.