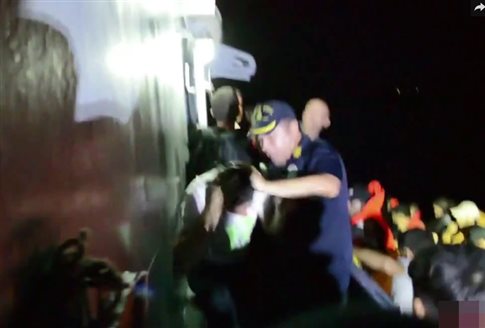 The Minister of Shipping Theodoros Dritsas and the Chief of the Coast Guard Stamatis Raptis have ordered an investigation, after a video surfaced which shows a Coast Guard official assaulting a refugee.

In the controversial video, which was uploaded on dailymotion, a Greek Coast Guard official appears to swear at a refugee and hit in the back, during a rescue operation.