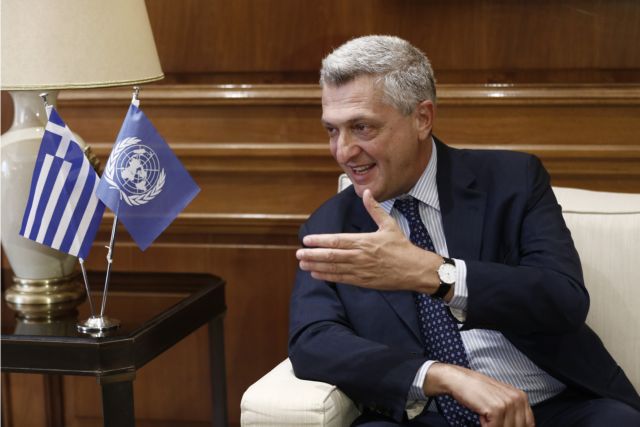 The High Commissioner of the UN’s Refugee Agency (UNHCR) Filippo Grandi met with the President of the Hellenic Republic Prokopis Pavlopoulos and Prime Minister Alexis Tsipras on Wednesday morning and praised Greece’s role in receiving and accommodating refugees.

The Greek President referred to the UN’s contribution to addressing the refugee crisis in Greece, as well as the EU-Turkey agreement. Mr. Pavlopoulos also hit back at critics within and outside the EU for their use of ‘unacceptable tactics’ and fearmongering.

On his behalf the UN’s High Commissioner commented that it was the first time he visits a UN mission for a second time, indicating the Commission’s importance in supporting the Greek people, the institutions and Greek government. He further stressed that contrary to other states in Europe which closed their doors and are hostile to refugees, Greece demonstrated what solidarity is about.

In his statements, the Greek Prime Minister stated that the UN has critical role and underlined that cooperation between the Greek government and the UNHCR will improve and become more effective. PM Tsipras also noted that a permanent solution is necessary, not just for the refugee crisis, but the ongoing conflict in Syria.

Mr. Grandi thanked the Greek Premier for Greece’s response to the refugee crisis and noted that Italy has also helped refugees. Both neighboring countries, he explained, have demonstrated to Europe the meaning of solidarity.