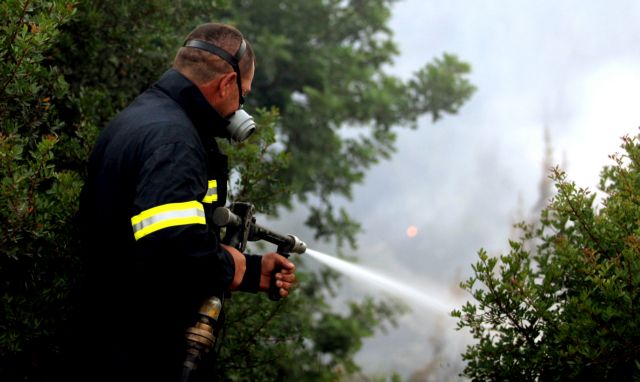 The Fire Brigade is struggling to tackle a major forest fire that broke at Megali Panagia in Halkidi on Tuesday morning. So far 30 firefighters have been deployed, with support from one helicopter and two water bombers.

Meanwhile it was announced that the fires in Evia, Karystos, Platanistos, Malantrenio in Argolida, Profitis Ilias near Patra and Iraklio are under control.

In the past 24 hours the Fire Brigade has been called out for 59 fires in agricultural and forested areas and for 47 fires in urban areas.