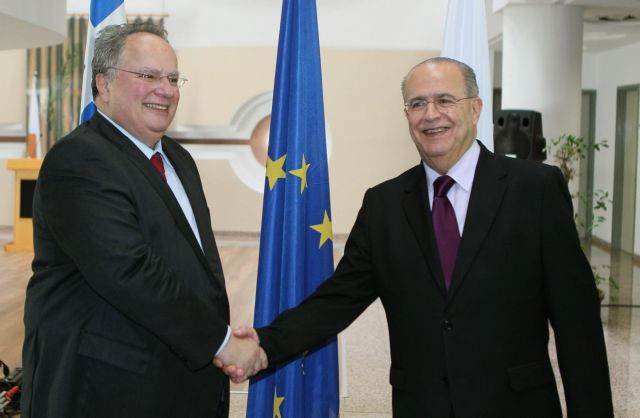 The Minister of Foreign Affairs of Cyprus Yannis Kasoulidis will be in Athens on Friday, where he will meet with his Greek counterpart Nikos Kotzias at 11:30 am.

As expected, the recent developments in Turkey, following the failed coup, will be at the top of the agenda. The two will also discuss security in the broader region as well as the negotiations on the Cypriot dispute.

In his message on the 42nd anniversary of the Turkish invasion, Mr. Kotzias underlined that the constant concern and chief pursuit of Greece’s foreign policy is to bring an end the ongoing Turkish occupation of the island.

According to the Greek Minister the abolition of the anachronistic system of guarantees and departure of Turkish occupation forces must be fundamental aspects of any solution.