Lew: “The Greek debt must be rendered sustainable”

After meeting with Finance Minister Euclid Tsakalotos on Thursday morning… 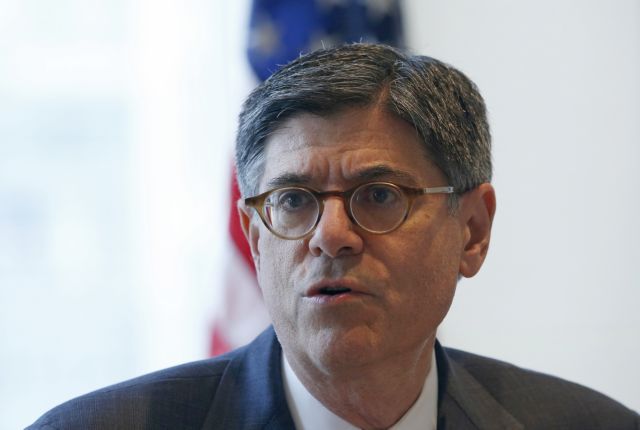 After meeting with Finance Minister Euclid Tsakalotos on Thursday morning, US Treasury Secretary Jack Lew gave a press conference with his Greek counterpart, where he underlined that he Greek debt must be soon rendered sustainable.

According to the American official, Greece has made significant progress and has implemented important reforms, which in turn has restored the country’s credibility among its international partners.

The US Treasury Secretary recognized the challenges and difficulty in the recent pension system reform, as well as the management on non-performing loans. Further implementation of reforms will have a positive effect on the economy, which in turn will allow Europe to soon begin talks on the debt.

Prime Minister Alexis Tsipras will receive the American official later on in the day, at 2 pm