Meimarakis to meet with Mitsotakis in Parliament at noon

The president of New Democracy Kyriakos Mitsotakis has arranged to meet… 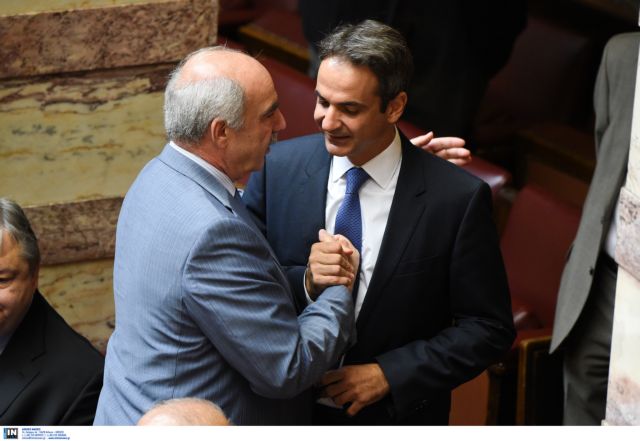 The president of New Democracy Kyriakos Mitsotakis has arranged to meet with the party’s former leader and veteran member Evangelos Meimarakis at 12:30 on Wednesday in Parliament.

This will be the first meeting of the two politicians since the main opposition party’s leadership elections earlier this year, when they two faced off each other. The meeting comes two weeks after an interview by Meimarakis, where the former party leader expressed his doubts about the leadership.

In an interview on Real FM, Mr. Meimarakis openly opposed many of the main policies of Mr. Mitsotakis, including his insistence on calling early elections. Mr. Meimarakis also expressed his discontent over the fact that Mr. Mitsotakis did not meet with him after being elected party leader.