The Golden Dawn trial continued on Tuesday, with the witness testimonial of… 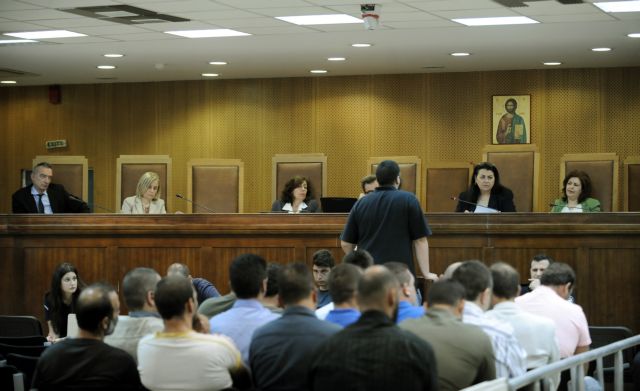 The Golden Dawn trial continued on Tuesday, with the witness testimonial of Nikos Hatziefstratiou, a friend of murdered anti-fascist activist and rapper Pavlos Fyssas by Golden Dawn member Giorgos Roupakias.

In his testimonial the witness referred to man who was in car outside the Koralli café, where Fyssas and his friends were watching a football match on the night of his murder, who was constantly calling “people to show up” on his phone.

During the fight that followed, the witness spoke about one of the Golden Dawn thugs appeared to be “more fanatical” who was directly addressing Fyssas, calling him a chicken and threatening to kill him. The witness saw a police officer attempt to separate the two and assumed the altercation would end.

The witness then turned around and saw Fyssas surrounded by 2-3 Golden Dawn thugs carrying iron bars. Fyssas urged his friends to run away, with the witness telling the courts that he has been tormented for the past three years for not sticking by.

Asked by the court president why he did not try to help his friend, he responded that Fyssas likely stood back to delay the Golden Dawn attackers and that if he remained with him, he would likely also have been murdered.

Later on the witness argued that he suffered a nervous breakdown when he found out about Fyssas being murdered and was forced to leave Athens for a while, fearing that a Golden Dawn thug would show up to stab him.