There is major tension at the VIAL hotspot on Chiors, where a group of about… 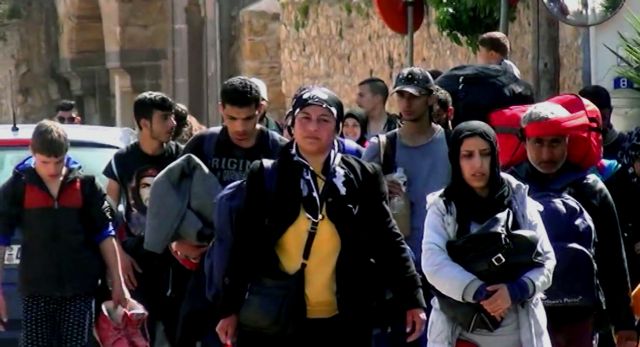 There is major tension at the VIAL hotspot on Chiors, where a group of about 100 refugees from African countries have occupied the road leading to the center.

The occupation was carried out of frustration from the living conditions at the hotspot, but primarily the long delays in local authorities examining their asylum applications. According to the demonstrators, the applications of Syrian refugees are processed quickly.

After occupying the road outside the hotspot, the demonstrators agreed to meet with the island’s Police Director Dimitris Avgerinos and Deputy Mayor Giorgos Karamanis on Wednesday in order to discuss their demands. A riot police unit was dispatched to the hospot, but did not need to intervene.

Meanwhile, the state television channel ERT has reported that a 16-year-old Afghan was hospitalized on Monday evening, after being stabbed an 18-year-old compatriot of his. It appears that a football argument triggered the knife attack.

The victim is currently being treated at the Increased Care Unit, while the attacker was taken to the pathology clinic, after being assaulted himself, following the initial incident.