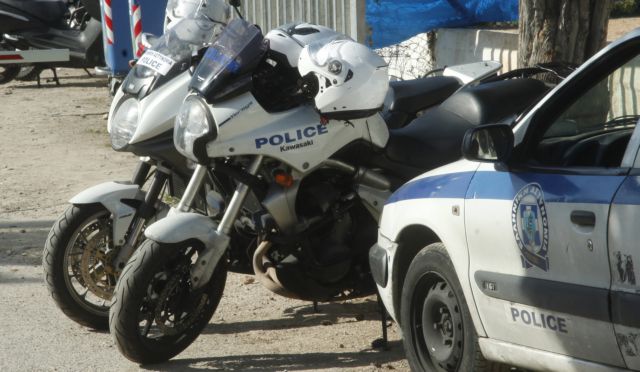 The police arrested two Greeks and one Palestinian on Monday afternoon after an armed robbery at a supermarket in Ambelokipi. It appears that the three men may have been behind a string of supermarket robberies.

According to the report, two of the arrested men entered the supermarket, while the third was on the lookout outside. The two robbers brandished guns – which turned out to be replicas – and took off with about 5,000 euros from the tills.

On their way out they hailed a taxi and attempted to escape. A DIAS motorcycle police squad quickly responded and managed to immobilize the taxi on the corner of Sliman and Sevastoupoleos.

The Palestinian man aimed his gun towards the police, who in return shot and wounded him in the abdomen. He was later taken to the Gennimatas Hospital to receive treatment. One of the two Greeks remained inside the taxi and was arrested, while the other ran away and attempted to board another taxi, before being arrested.