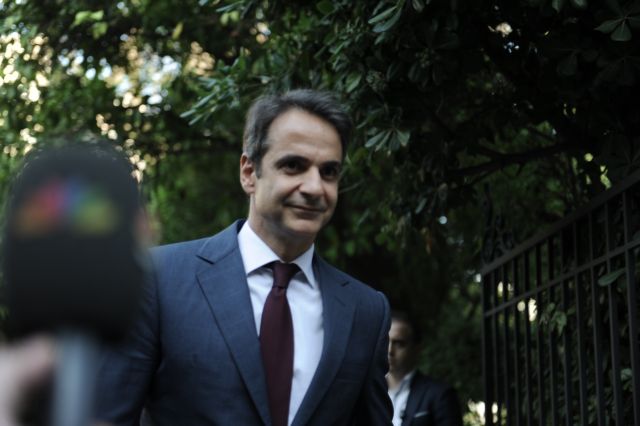 The leader of the main opposition Kyriakos Mitsotakis has arranged a series of high profile meetings in London and Frankfurt.

Mr. Mitsotakis traveled to London on Monday and will remain there on Tuesday, where he has met representatives from major funds and investment ventures, including PIMCO, Blackrock, KKR, Blackstone, Paulson & Co, Soros, Capital and others. Sources from within the main opposition party claim that Mr. Mitsotakis received a warm response and was treated as the “next Prime Minister of Greece”.

On Wednesday the New Democracy president will travel to Frankfurt, where he will meet with European Central Bank chief Mario Draghi. There he will present his proposal for a different agreement with Greece that will be based on lower surpluses of 2% and an emphasis on structural reforms, with the goal being a steady 4% GDP growth rate.