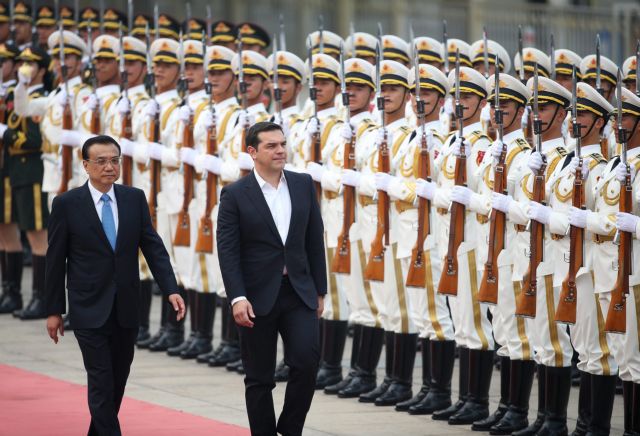 The Prime Minister of Greece Alexis Tsipras met with his Chinese counterpart Li Keqiang in an official ceremony on Monday at Tiananmen Square.

Earlier, in his meeting with the Chairman of the Standing Committee of the National People’s Congress Zhang Dejiang, the Greek PM likened relations between the two countries to a bicycle, with one wheel representing financial cooperation, the other culture and education. He then explained that the two countries are the ‘riders’ that will push ahead with growth.

According to PM Tsipras, the bilateral relations between Greece and China are developing on a mutually beneficial basis. The Greek Premier added that his official visit to China has come a time when Greece is overcoming the crisis and aiming to become a pole of stability and growth, while promoting cultural values and humanism.

The Prime Minister will conclude his official visit and return to Greece on Wednesday.