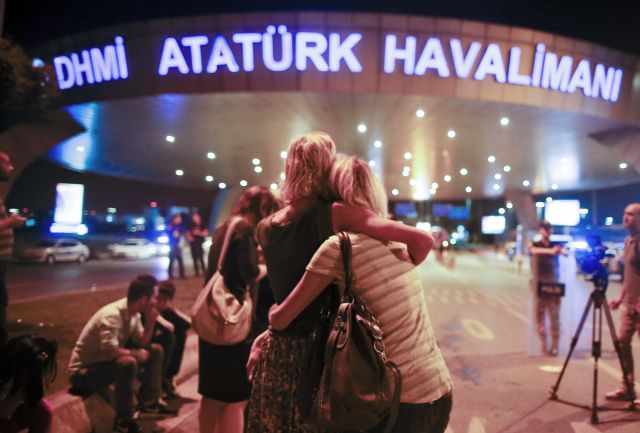 The President of the Hellenic Republic Prokopis Pavlopoulos has expressed his unequivocal condemnation and abhorrence for the deadly attack carried out in Istanbul.

The Secretary General of the Presidency of the Republic George Genimatas contacted the Turkish Ambassador in Greece Kerim Uras and asked him to convey the Greek President’s unequivocal condemnation and abhorrence towards the terrorist attack to Turkish President Recep Tayyip Erdogan and the Turkish people.

The Ministry of Foreign Affairs has issued a statement condemning the terrorist attack at Istanbul’s Atatürk Airport and offering its condolences to the Turkish people and everyone else affected. The full statement is as follows:

We express our anger at, and our abhorrence and unequivocal condemnation of, yesterday’s deadly terrorist attacks at Istanbul’s airport, which resulted in the tragic deaths of dozens of innocent people.

We express our condolences to the friendly Turkish people and the families of the victims, as well as our wishes for a speedy recovery to the injured.


Immediately following the explosions, a unit from the Istanbul Consulate General went to the airport and provided constant consular assistance – until the dawn hours – to Greek citizens who were at the airport and needed help with safe transport to Istanbul hotels. Since this morning, the Consulate General has been proceeding to all of the necessary actions for facilitating the repatriation of Greek citizens. There is no indication or information at this time that there were Greeks among the fatalities or injured.

The leader of the main opposition Kyriakos Mitsotakis also condemned the “brutal murderous attack” in Istanbul and denounced violence and terrorism. Mr. Mitsotakis also expressed his condolences to the families of those affected by the attacks, as well as the people and government of Turkey.