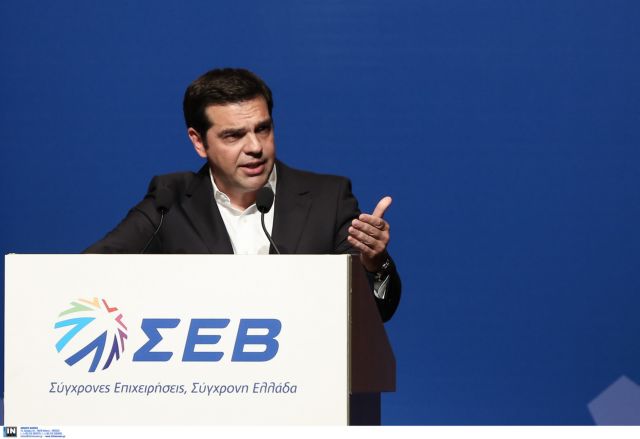 The Prime Minister Alexis Tsipras unveiled the overall government strategy and tactics in the upcoming talks with the institutions on the labor market, during the speech he delivered at the annual general gathering of the Hellenic Federation of Enterprises (SEV).

In his speech the Prime Minister stressed that Greece has experienced a deregulation in employment relations and underlined the need for new reforms which will not undermine employees, while estimating that flexible forms of employment are counterproductive.

Finally, the Prime Minister expressed his disagreement with the ‘obsession’ with foreign investments and called Greek companies to invest in their own country, while revealing that private investments dropped by 67% in the past five years.


The leader of the main opposition party Kyriakos Mitsotakis revealed New Democracy’s government plan, which is based on lowering taxes and slashing expenses. The ND president stressed the need to inspire investor confidence to restore Greece’s credibility.

During his speech the main opposition leader accused the SYRIZA/Independent Greeks government of costing Greece 21 billion euros in growth, while further deteriorating the business and investment climate. He concluded by pledging the support business, as the only path towards economic recovery and prosperity.