ECB considers the reinstatement of waiver for Greece 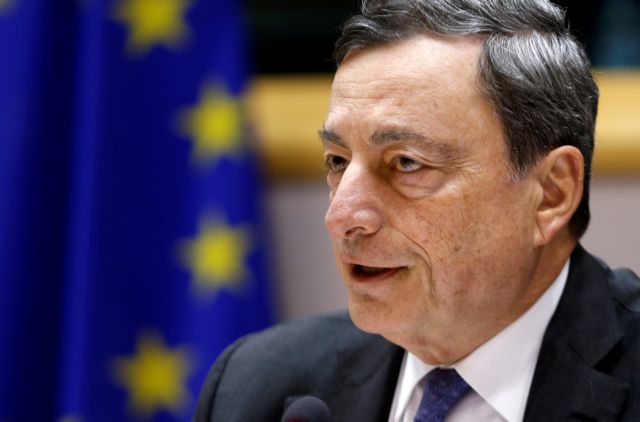 The European Central Bank is considering the possibility of reinstating the waiver to allow Greek government bonds to be used as collateral in ECB lending. This announcement came by ECB chief Mario Draghi on Tuesday, as he addressed the European Parliament’s Economic Affairs Committee.

According to Draghi, the ECB’s governing council is considering the waiver in light of the ESM’s recent decision to disburse 7.5 billion euros towards Greece. The ECB chief though was quick to point out that such a development does not mean that Greek bonds will necessarily be eligible for the Quantitative Easing program (QE), since a debt sustainability analysis must first be carried out.

Nevertheless, the ECB chief reported that the situation in Greece will continue to improve and stabilize and underlined that the new legislation on non-performing loans (NPLs) is crucial, as it will allow banks to better manage them. He further explained that this will help restore confidence and lift the capital controls.