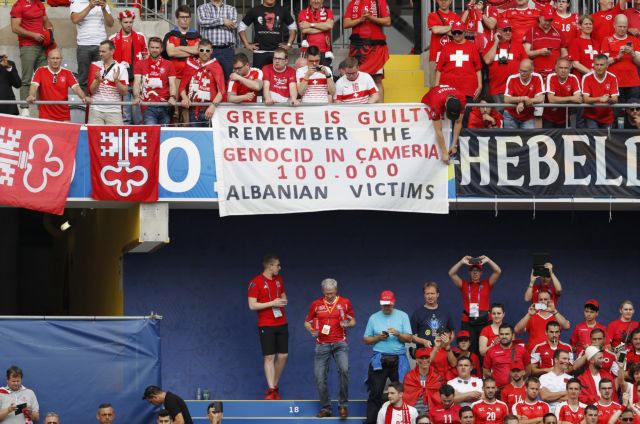 The Deputy Minister of Sport Stavros Kontonis has filed a complaint at UEFA over a provocative banner that was raised during Saturday’s match between Albania and Switzerland for the Euro.

The provocative banner claimed that Greece is ‘guilty’ over the alleged genocide of Chams, following WWII. In his complaint to UEFA, the Greek Minister argues that the banner is “provocative, defamatory, unhistorical and offensive to Greece” and questioned how it was raised, given the major security concerns and planning.

The so-called ‘Cham issue’ was also raised ahead of the recent official visit to Albania by the Minister of Foreign Affairs Nikos Kotzias.