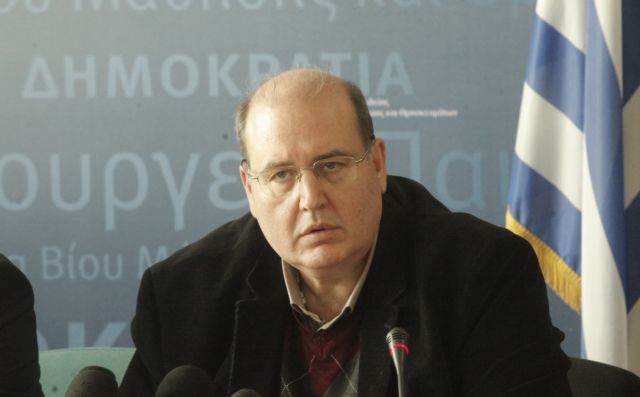 The recent statements by the Minister of Education Nikos Filis regarding an anti-government demonstration outside Parliament prompted major reactions from opposition parties.

Specifically, the Minister of Education argued on the Alpha 989 radio station that the demonstration on the 15th of June was organized by the far right and argued that the ‘movement’ the organized purport to represent are on barely within the limits of constitutional legality.

New Democracy, PASOK and the River were quick to demand the resignation of the Education Minister for his statements. The main opposition party argued that the Minster must apologize and resign, while calling the Prime Minister to intervene. The Communist Party accused the Education Minister of hypocrisy, noting that his party had previously used similar tactics to pressure the government.

The Minister of Education however responded that he “will not do New Democracy a favor by resigning” and commented that the main opposition party has embraced the “far right movement”.

Other SYRIZA and government officers have been more reserved in their comments, with Energy Minister Panos Skourletis explaining that he will not interpret the statements of colleagues. At the same time though, Mr. Skourletis stressed that SYRIZA has always supported demonstrations within the scope of the Constitution.

Similarly, the President of Parliament Nikos Voutsis was balanced in his statement, arguing that while his party has traditionally supported popular protest, everyone is responsible for what they say.