Violence breaks out at refugee hospitality center on Samos

Huge fights broke out at the refugee hospitality center at Vathy on the island of Samos on Thursday evening. Similar fights also… 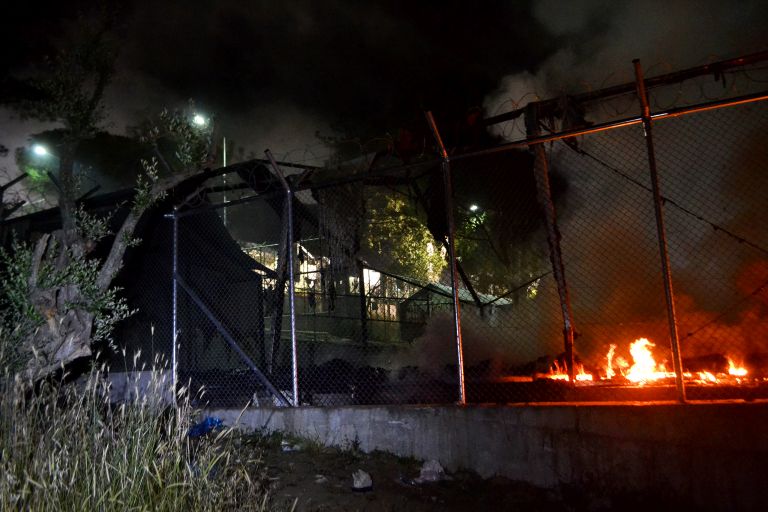 Huge fights broke out at the refugee hospitality center at Vathy on the island of Samos on Thursday evening. Similar fights also broke out on Lesvos on Wednesday.

A few kilometers away, the annual KEDE conference was taking place, which was attended by Interior Minister Panagiotis Kouroumplis, New Democracy leader Kyriakos Mitsotakis, the head of River Stavros Theodorakis and mayors from all over Greece.

According to reports, a group of about 150 Moroccans, Afghans and Pakistanis were involved in the clashes, which saw two huts in the camp being set on fire, before the Fire Brigade was called out.

Riot police units which have been deployed on the island intervened in the clashes and detained a total of 25 people. Reports suggest that many of those involved in the fights were carrying sharp weapons.

The spokesperson of the Refugee Crisis Management Coordination Body Giorgos Kyritsis tweeted that 15 people were injured in the clashes, with 8 requiring treatment and another being hospitalized.

It has been reported that scuffles also broke out at the refugee center in Oreokastro on Thursday evening. It appears that about 40 Syrians clashed, with an 18-year-old being hospitalized with a minor injury to the arm.