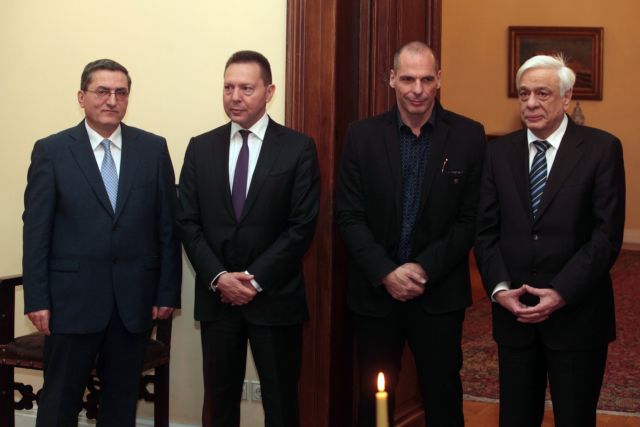 The governor of the Bank of Greece Yannis Stournaras lashed out against the former Minister of Finance Yanis Varoufakis and former Secretary General of Fiscal Policy Nikos Theoharakis, during a speech he delivered at an event organized by the Hellenic Observatory at the LSE.

In his speech Mr. Stournaras was highly critical of the policies followed by Mr. Varoufakis and Mr. Theoharakis, as the “brave negotiations” they carried out resulted in the 86-billion-euro bailout agreement that was reached in the summer of 2015.

The central banker also claimed that aside from the major financial burden on the Greek people, all these negotiations achieved was to change the name of the ‘troika’ to ‘institutions’ and to have meetings at the Hilton rather than ministries.

A response came from Mr. Varoufakis and Mr. Theoharakis on Friday, with the two arguing that Mr. Stournaras made an unprecedented faux pas by publicly expressing concerns about liquidity in December 2014, fueling a bank run. They added that the aim was to pressure the new government into accepting troika demands.

According to the two, Mr. Stournaras acted not as a central banker, but rather as the former Minister of the Antonis Samaras government. They also commented that they are only “responsible” for the 86-billion-euro burden if one were to believe that Greece manage to pay off the unsustainable 320 billion euro debt without additional loans.