Opposition parties react to the outcome of Monday’s Eurogroup

In contrast to the coalition government’s positive assessment of Monday’s Eurogroup meeting in Brussels, the opposition parties… 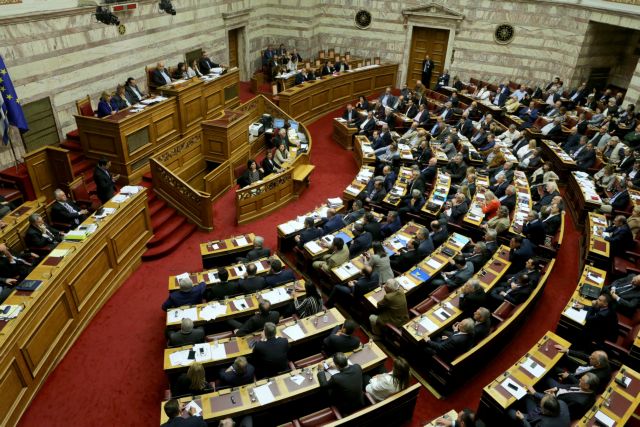 In contrast to the coalition government’s positive assessment of Monday’s Eurogroup meeting in Brussels, the opposition parties where highly critical in their response.

Main opposition party New Democracy argued that “the government is celebrating the fourth memorandum with new, painful and harsh measures imposed on the Greek people because of its failure”. New Democracy further argued that the planned tax hikes will have a major impact on living standards and estimated that the measures will be both harsh and ineffective.

Similarly, PASOK from the Democratic Alignment argued that Monday’s Eurogroup has paved the way for a permanent automatic budget expenses adjustment mechanism, which will come into effect if targets are not met and claimed that the country will be under the full supervision of the troika.

The Communist Party of Greece accused the coalition government of being deceptive and wretched, while stressing that it has committed to additional austerity measures and selling off non-performing loans to the funds, among others. KKE concluded its statement by noting that the contingency mechanism will result in constant wage and pension cuts.

Finally, the River criticized the government for the way it has been presenting the Eurogroup outcome, for switching from fearmongering to triumphant celebrations. The River adds that Greece is receiving far less than what it deserves after six years of trying to overcome the bailouts and lamented that the coalition government is not providing a solution.