Tsakalotos: “Schäuble is not really a fan of debt relief” 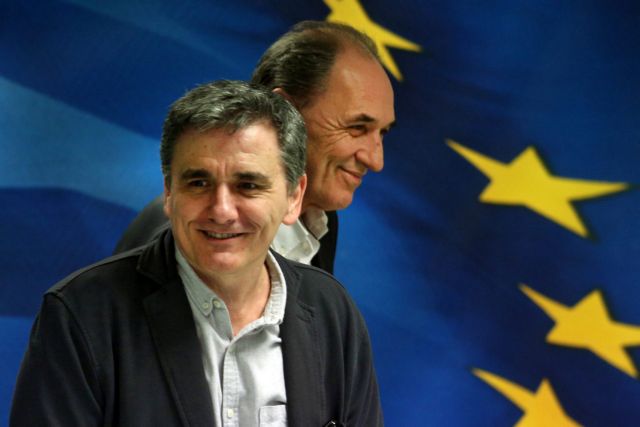 Germany’s Wolfgang Schäuble is not a “fan of a Greek debt relief” commented Greek Finance Minister Euclid Tsakalotos after meeting his German counterpart on this sidelines of the IMF and World Bank Spring Meetings.

Mr. Tsakalotos, who was joined by the Minister of Economy, Growth and Tourism Giorgos Stathakis in the meeting with the German Minister, further noted that the meeting ‘went well’ when asked by Alpha TV’s correspondent.

The Greek Minister had a series of meetings in Washington, which started with his French counterpart Michel Sapin, who underlined the need to find a solution before the 22 April Eurogroup or the end of April. Mr. Sapin explained that further delays would not only be detrimental to Greece, but to its creditors too.