The head of the River Stavros Theodorakis clarified that he has no intention of merging his party with PASOK, but rather to ally… 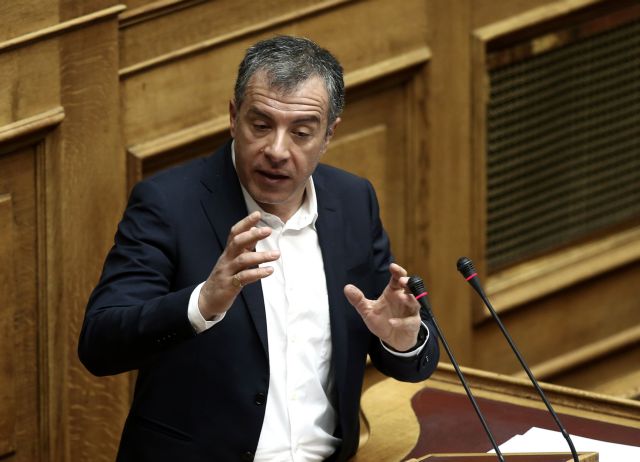 The head of the River Stavros Theodorakis clarified that he has no intention of merging his party with PASOK, but rather to ally himself with progressive parties in order to “change everything”.

Mr. Theodorakis appeared on SKAI a few hours before his scheduled meeting with PASOK president Fofi Gennimata and underlined that his party is not a center-left party in order to participate in Ms. Gennimata’s efforts to galvanize the left.

Furthermore he rejected New Democracy’s proposal for early elections, stressing that it is not possible to carry out elections “every six months”, especially when the negotiations for the bailout review are still under way.

Nevertheless, Mr. Theodorakis was not confident that the SYRIZA/Independent Greeks government will complete its four-year term and urged Prime Minister Alexis Tsipras to “accept his weakness and seek out another government solution”.

In relation to Tuesday’s parliamentary debate on justice and corruption, the River leader claimed that the government regularly intervenes in the appointment of judges and accused the Alternate Minister of Justice Dimitris Papangelopoulos of treating judges as friends or enemies of the government.

Finally, in relation to television licenses, Mr. Theodorakis underlined that the government decision to only grant four licenses for nationwide broadcasting, when there eight such stations at present, raises doubts regarding vested interests. He added that the minister in charge has greater power that the independent authorities in place.