Gennimata: “In favor of a national unity government”

The president of PASOK and head of the Democratic Alignment Fofi Gennimata has favored the creation of a national unity, while… 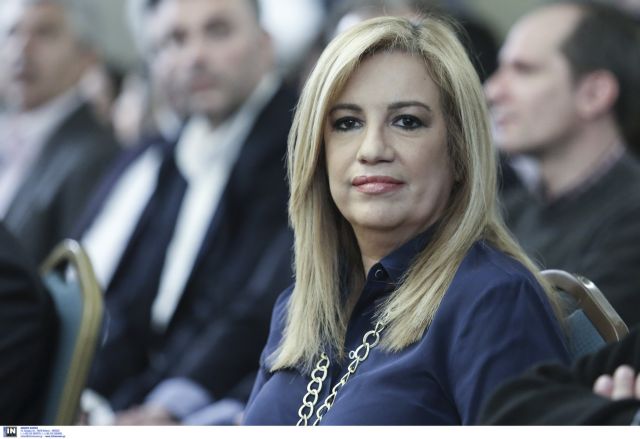 The president of PASOK and head of the Democratic Alignment Fofi Gennimata has favored the creation of a national unity, while clarifying that she will not form a coalition with SYRIZA, unless the other opposition parties participate.

“PASOK was forced, both at start with the first bailout agreement and alter with the mistakes and possibly certain choice, to do so in order to eliminate a huge deficit” she argued in an interview on Star Channel.

Mrs. Gennimata further commented that a strong national unity government will be in a better position to negotiate the debt and take the necessary bold initiative reforms. The PASOK leader admitted that such a government would be hard to form, adding that “it was mistake that everyone did not assume their responsibilities”.

Furthermore, the PASOK leader explained that her country supported the third bailout agreement because Greece was on the brink and stressed that the Tsipras government received an unprecedented amount of support.

Finally she expressed her concern over the delays in the bailout program review and accused the government of repeating the same mistakes it made during the first half of 2015.