The government spokesperson Olga Gerovasili announced that the Greek Football Cup has been suspended, in light of the… 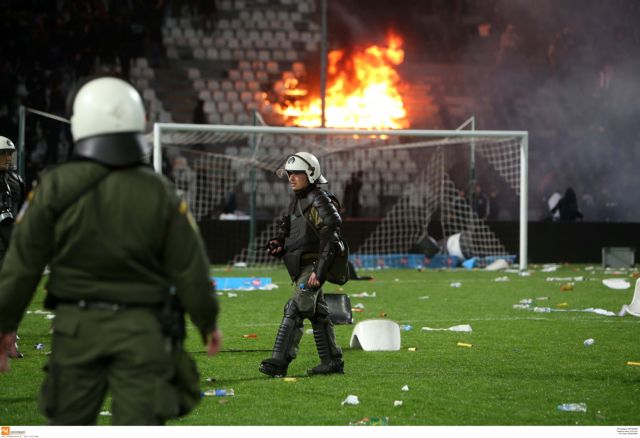 The government spokesperson Olga Gerovasili announced that the Greek Football Cup has been suspended, in light of the serious hooligan violence that took place at the recent semi-final between PAOK and Olympiacos in Thessaloniki.

In its statement, the government commented that the referee’s decision to overlook regulations over the suspension of the game is questionable and underlined that strict criteria must be in place when referees are appointed in critical games.

Furthermore, the government noted that the game reflects the national football federation’s (EPO) inability to take the necessary actions to prevent such instances of football violence to take place.

PAOK was pleased with the government’s decision to suspend the cup and will pressure towards a suspension of the Super League championship as well. Rumors suggest that there are thoughts of not participating in the leagues, however such a drastic measure seems highly unlikely, given the financial repercussions

Olympiacos on the other hand responded that the decision to suspend the cup will “in no case effectively address the serious phenomena of violence” and underlines that this decision essentially “equates victims and victimizers”, affecting teams and fans who had nothing to do with the violence caused by PAOK fans.

Furthermore, Olympiacos comments that the decision to suspend the cup only benefits PAOK, since it will mean that the Thessaloniki-based team will secure a spot in next season’s European competitions, at the expense of other teams participating in the cup.