PM Tsipras: “Greece will not become a warehouse of souls” 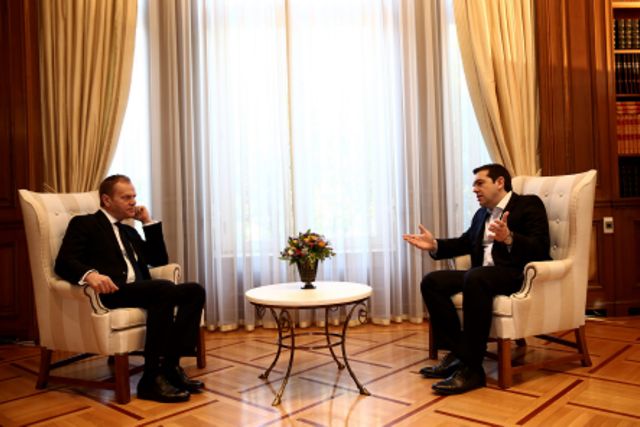 The Prime Minister Alexis Tsipras argued that “Greece will not leave anyone helpless and create centers for temporary hospitality” but underlined that “we will not allow Greece to become a warehouse of souls” during the joint press conference with the European Council President Donald Tusk.

PM Tsipras stressed that Greece has undertaken more than its share of the burden and was scornful of the “ostentatious refusal of many EU member-states to participate in the relocation process”. The Greek Premier called for an expedition of the process and for sanctions against those not respecting the European Convention. The Greek PM noted that the “unacceptable” unilateral actions, such as closing borders and excluding countries from discussions on the crisis, must stop.

In response, Mr. Tusk commented that the flow of migration from Turkey to Greece must be reduced immediately to address the refugee crisis and stated that a possible exclusion of Greece from the Schengen area will not solve any problems.

Mr. Tusk added that however understandable, on a unilateral degree, unilateral actions may be, he stressed that such actions harm the spirit of European solidarity and will not result in any solution to crisis. The European Council President also urged economic migrants to not waste their money and risk their lives by attempting to cross over into Europe. Mr. Tusk concluded that Europe will not leave Greece on its own.