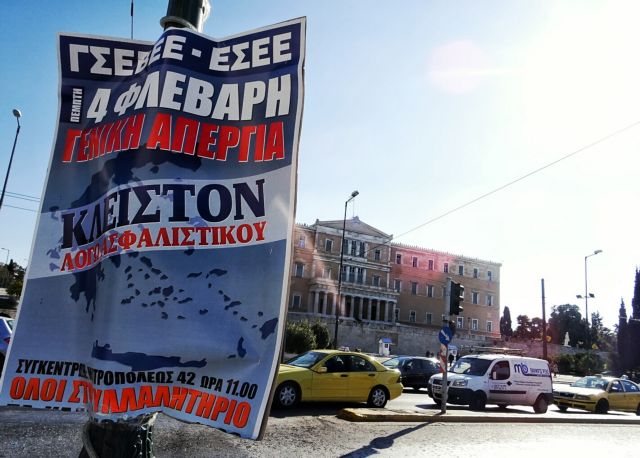 The government’s controversial pension reform plans have prompted the country’s largest private and public sector unions, GSEE and ADEDY, to call a general strike on Thursday.

The main rally has been scheduled for 11am on Klafthmonos Square, while PAME had decided to hold its own rally at the same time in Omonia. GSEVEE and ESEE have also arranged their own demonstration outside ESEE’s offices.

The farmers, who have set up road blocks across the country’s highways and customs offices, are also expected to attend the demonstrations in Athens and other major cities. Lawyers, notaries, truck drivers, doctors and pharmacists have also decided to participate in the general strike.

The media sector will go on strike a day earlier, from 6am Wednesday to 6am Thursday, in order to provide coverage of the general strike.